Can Poland Sustain Growth In a Major U.S. Economic Recession?

A pattern of the past 30-40 years is such that economic recessions in the United States have occurred every 8-10 years of economic growth. Since the 1980 recession, the U.S. has experienced recessions in 1981, the early 1990’s, early 2000’s, and in 2008. This trend indicates a potential downturn in the U.S. economy in the near future.

Similarly, Poland’s economic growth has outpaced many European economies during the past couple of years. Its economic success has earned it the 6th largest economy in the EU (European Union) and a reclassification from emerging market to developed market status by leading index provider FTSE Russell in September of 2018.

Domestic demand has been the driving force for Polish economic growth throughout the past five years. The annual variation in domestic demand jumped from -.6% in 2013 to 4.7% in 2017. This was accompanied by robust gains in household spending, fixed investment, and a significant decline in unemployment rates. As a result, from 2013 to 2017, Poland’s GDP per capita (EUR) rose from 10,375 to 12,263.

The two most important industries contributing to economic growth are manufacturing and energy. As the second largest coal producer in Europe and ninth largest in the world, Poland provides around 70 million tons of coal to the EU annually. Domestically, coal accounts for 80% of Poland’s energy; therefore, as Polish domestic demand for power has risen steadily throughout the past couple of years, coal production has significantly augmented.

The manufacturing industry has expanded considerably as well. Poland has become a large exporter of machinery, furniture, plastics, and electronic equipments. It is the primary manufacturer of light vehicles in Eastern and Central Europe, and automotive production accounts for 4% of Poland’s GDP.

In regards to the energy sector, continued growth is expected as well. Readers recall that the Climate Change Conference was hosted in Katowice this past December. In his opening remarks, President Andrzej Duda stated, “There is no plan today to fully give up on coal. Experts point out that our supplies run for another 200 years, and it would be hard not to use them.” 7.2 billion zlotys are to be invested through 2022 into cleaner coal technologies which will facilitate the expansion of coal production. 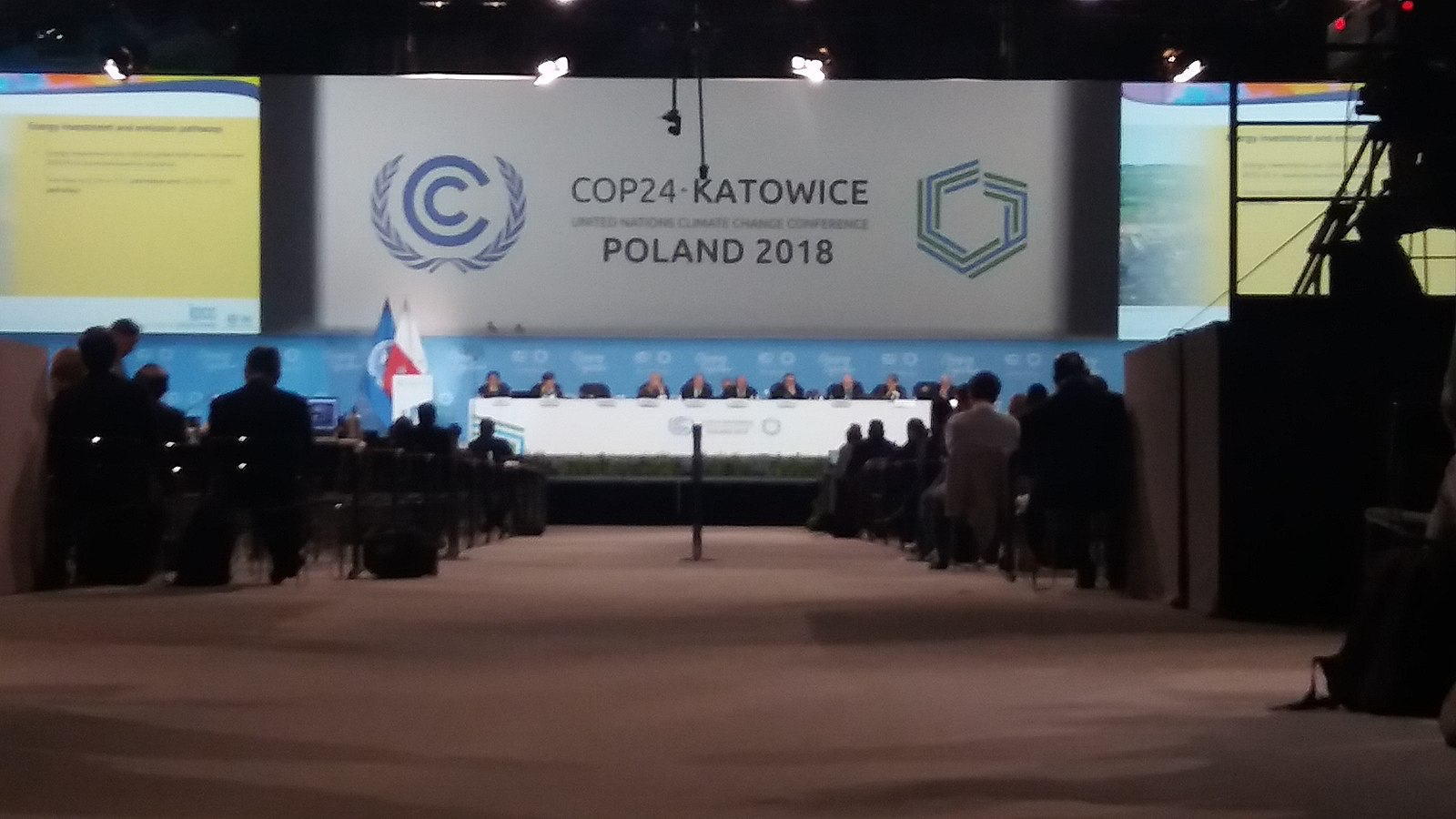 A plenary session of the Climate Change Conference hosted in Katowice, Poland.(Source: https://commons.wikimedia.org/wiki/File:COP24_plenary.jpg)

Soon after the climate talks, Poland signed a long-term deal with U.S. company Sempra Energy on December 19th for supplies of liquefied natural gas in an effort to reduce its energy dependence on Kremlin. This will provide 2.7 billion cubic meters of gas annually for a 20-year period.

Poland is the leading trading partner of the U.S. in Eastern Europe; therefore, the potential for a recession in the U.S. economy in the near future has raised concerns over the vulnerability of Polish industries and the sustainability of Poland’s economic condition.

In the past, Poland has fared well during U.S. recessions. During the Great Recession of 2008, Poland was the only country in the EU to avoid a recession. In 2009, while the whole EU was in recession, Poland continued to grow at 2.6%. This was a result of timely fiscal and monetary stimulus, a large depreciation of the floating currency zloty, a relatively large domestic economy, and diversified export structure. PKO BP, a commercial public bank, played a crucial role in expanding lending domestically as foreign banks were cutting lending in panic.

Rafał Szajewski, Project Manager of the Polish Foreign Investment Agency, explained that, “Many of our [Poland’s] neighbors suffered in the global downturn because they rely heavily on exports, but we have large demand from our domestic market. For many years, Poland didn’t have a middle class, but in the last 10 years that has changed and there’s a strong internal market.”

Since then, Polish domestic demand has risen steadily. This, in combination with a relatively low export-to-GDP ratio, puts Poland in a favorable position for avoiding an economic downturn if the U.S. were to enter a recession. Moreover, Polish dependence on the U.S. is relatively much smaller than its dependence on neighboring European economies. Out of Poland’s top 15 trading partners, the U.S. places 10th, importing only 2.75% of Polish exports. The other 14 are all neighboring European countries including Ukraine, Slovakia, Czech Republic, and Germany which comes in first place, importing 27.4% of Polish exports.

In conclusion, the prospects of a Polish recession during a U.S. economic downturn in the near future appear unlikely. Mr. Pawel Dobrowolski, Chief Economist of the Polish Development Fund, projects that, “For sure, sooner or later, a recession will come. However, from the data that is currently available, from the knowledge that we have at the moment about the economy, there is no indication that the recession will threaten us in the quarters to come. On the contrary.”